Radiotherapy of desmoid tumours: about 5 cases and review of the literature

Desmoid Tumours (DTs) are rare, representing about 3% of all soft tissue tumours, they develop from supporting tissues and fascia. They are characterized by a slow-growing and progressively enlarging tumours. Histologically benign, but locally aggressive. Radiotherapy has improved local control by reducing local recurrence rates. We report 5 cases of patients with desmoid tumour collected in the radiotherapy department of the University Hospital HASSAN II of Fes, treated by surgery and adjuvant radiotherapy.

Desmoid Tumours (DTs), also known as aggressive fibromatosis or well-differentiated fibromatosis, are rare benign tumours that originate in deep musculoaponeurotic structures. They are monoclonal proliferations of fibroblastic tissues, infiltrating and recurrent, but without metastatic potential, and belong to the group of soft tissue tumours [1-3]. They occur either sporadically or in association with Familial Adenomatous Polyposis (FAP) and are also part of the Gardner syndrome [4,5]. First-line treatment is based on active surveillance when these tumours are asymptomatic, otherwise carcinologic surgery is preferred when local conditions allow [6]. However, local recurrence rates remain high even after complete excision [7]. Exclusive or adjuvant radiotherapy to surgery (radical or incomplete), improves local control of these tumours by reducing local recurrence rates and limiting the functional sequelae of aggressive surgery [7,8].

This is a retrospective study of 5 cases collected at the radiation oncology department of University Hospital HASSAN II of FES, during the period 2014 -2020. We report the results of our series as well as a review of the literature.

All of our patients had surgery and then a pathology confirmation of diagnosis. Given the recurrence, a wide carcinologic re-excision and then adjuvant RT was performed for all our patients.

The delay of consultation varied between 4 and 48 months with an average of 32 months. The location of the DTs was: in the abdominal wall 2 cases and 3 cases extra-abdominal localization: left gluteal region (Figures 1 and 2) right hand and left arm.

Figure 1: MRI of the right hand of case number 3, T1 FS injected sequence, in axial and coronal section, showing a tissue lesion located on the dorsal area of the hand, measuring 25 mm × 12 mm. The discovery of a gradually increasing mass was the most frequent symptom, painless in 3 cases and painful in 2 cases. All our patients underwent CT/MRI imaging. The CT results showed a hypodense tissue mass with regular homogeneous contrastenhancing boundaries of 55 mm average length (between 50 mm and 60 mm). MRI (Figures 1 and 2) allowed a better analysis of the soft tissues, objectifying a process of sharp contours in hypo or iso T1 signal in comparison with the muscle, and in T2 hyper signal of heterogeneous appearance and enhancing moderately to intensely after injection of gadolinium; the average size was 75 mm in its longest axis (between 25 mm and 170 mm).

All our patients underwent a wide local excision with pathological examination and IHC (Figure 3) spindle cell proliferation consisting of fibroblasts and myofibroblasts organized in very long fascicles with elongated nuclei and poorly limited cytoplasm, the size of the nuclei varied moderately and showed no sign of atypia and malignancy, margins of excision were negative. Antidesmin antibodies were negative with 2 patients and positive with the rest, PS 100, CD34 and EMA markers were negative with our 5 patients. Smooth muscle actin and nuclear beta-catenin were positive. Unfortunately, molecular biology (looking for CTNNB1 mutations and APC mutations) was not performed in our series due to lack of resources. During follow-up in surgery department, our patient had a 2nd surgery for local recurrence with negative margins, therefore, and after discussion in MDT, adjuvant RT was indicated.

The postoperative radiotherapy was delivered using a conventional 3D technique (Figure 4) in 4 cases with a total dose of 50 Gy in 25 fractions at a daily fraction of 2Gy, five fractions per week (5 weeks) due to the deep location of tumour bed. We were able to keep the tolerance doses of organs at risk within normal limits and at the same time deliver the intended dose of radiation to the tumour bed. Patients received treatment according to plan and the tolerance was good. They were reviewed weekly during the treatment. There were no significant side effects observed except moderate skin reactions on the irradiated skin. Figure 4: Dosimetry images; (A, B, C): RT using the 3D conformal technique of our 4th patient with a desmoid tumour of the left gluteal region.

Only one patient received skin surface brachytherapy (Figure 5) at a prescription of 5Gy × 6Gy daily fraction due to the superficial location of tumour bed. 15 days after the end of the treatment a grade 3 radiodermatitis was noticed. Complete healing was reached after 1 month with adapted treatment.

Figure 5: HDR Skin surface brachytherapy for desmoid tumour of the left arm for Case No 5, with on the left, the dosimetry images (A, B and C).

After 29 months follow up, local control was reached in all our patients with no evidence of disease.

Radiotherapy, either exclusive (in inoperable forms) or adjuvant to surgery, is one of the therapeutic options available for the management of these tumors, the main goal is to preserve the organ and ensure maximum local control. It has also been reported that neo-adjuvant (pre-operative) radiotherapy improves local control of extra-abdominal DTs, but this remains to be confirmed by large prospective randomized trials before it can be considered as a therapeutic standard [9].

In the series of Bishop, et al. [10], the authors analyzed separately patients irradiated for an existing tumor and reported a control rate at 5 and 10 years of approximately 60% [7]. Performed a comparative study of 22 retrospective series including 780 patients, on the treatment of desmoid tumors from 1983 to 1998, and found that the local control with surgery alone, surgery followed by radiotherapy and radiotherapy alone was respectively 61%, 75% and 78%. It can be deduced that local control after exclusive or adjuvant radiotherapy to surgery is significantly superior to that after surgery alone. This is in line with the results found in our series with a 100% local control after postoperative radiotherapy with a follow-up of more than 2 years. The National Comprehensive Cancer Network (NCCN) Guidelines recommend postoperative radiotherapy mainly in case of large tumor and/or with positive margins [www.nccn.org].

The literature is heterogeneous, both in terms of the modalities of irradiation and the techniques used. Whatever the indication, radiotherapy should be delivered by the best available techniques such as Intensity Modulated Radiotherapy (IMRT) and Image Guided Radiotherapy (IGRT). Co-registration with (contrast enhanced) MRI sequences, preferably in treatment position, is imperative. Whether the chosen dose should be applied by conventional, linear accelerator-based photons or proton beam therapy is an issue of debate and future research [11].

The delineation of the target volumes remains difficult to determine. DTs. are typically oblong and develop along the axis of contractions of the affected muscle or along the fascia [12,13].

Baumert, et al. found that half of recurrences after radiotherapy for desmoid tumours are outside the irradiation field and in the PTV and vicinity of the PTV [14]. Therefore, a wide margin is recommended, and several elements should be used to determine the target volumes: the data from the clinical examination, the imaging data: CT and especially MRI, the operative report, the histological report, and it is very useful to place marker clips around the areas where excision is difficult or incomplete.

The CTV margin needs to be ≥ 5 cm along the muscle fibbers when the Gross Tumour Volume (GTV) is the tumour area evident on imaging [7,13,14]. The protocol of the ERTOG trial also set a margin of 5 cm in the direction along muscle fibbers and 2 cm in all other directions [15]. The organs at risk to be delineated vary according to the location.

The small number of patients per series and the narrow range of doses used, do not allow a dose-response relationship to be established in DTs. [16]. The majority of series report a better local control rate with doses above 50 Gy [7,12,13]. In case of exclusive radiotherapy, the recommended dose is 60Gy to 65Gy. The previous European consensus recommendations were for a total dose of 56 Gy in 28 fractions [17]. The authors reported a higher complication rate with radiation at a dose of 56 Gy or higher. There is only one prospective phase II trial in the literature, conducted by the EORTC in patients with progressive disease [15]. Forty-two of the 44 patients treated had received the planned dose of 56 Gy, in 28 fractions of 2 Gy, 5 days out of 7. The three-year disease control rate was 81% (CR 13.6%; PR 36.4%; MS 40.9%), but there were relapses in the irradiated area. Unfortunately, there was no evaluation of patient-reported symptoms or quality of life analysis in this study [18].

Radiotherapy treatment planning and delivery protocols opt for hyper fractionated treatments in the management of connective and soft tissue tumours [9] to minimize the potential for late effects, particularly fibrosis and resulting contractures or lymphedema. Brachytherapy combined with surgery has been used in the treatment of soft tissue tumours for several years, with excellent results in terms of local control and survival. In an early study (1977-1982) by William et al. [19], 10 out of 12 patients with locally advanced DTs who were treated curatively with surgery and brachytherapy were free of recurrence for a minimum of 2 years. The average radiation dose was 45 Gy (20- 60.5 Gy). This experience suggests that surgery combined with brachytherapy provides better results in terms of local control than surgery alone in the treatment of DTs.

The main concern with radiotherapy is the risk of secondary malignancy, for example radiation-induced sarcoma in a young population with substantial chances of long-term survival. In Protontherapie (PBT), the average and low proton dose to the surrounding tissue is significantly lower in dosimetric comparison and thus the risk of secondary malignancy is reduced [17]. Many studies have compared the dose distribution and risk of secondary cancer after PBT and IMRT, and all have suggested that PBT can reduce the secondary cancer risk [20]. Studies using particle beams for recurrent desmoid tumour after surgical resection have reported favourable results, including for tumours of the abdominal wall by Nagata et al. [21] and of the right flank by Kil et al. [22]. There are few reports of particle beam therapy for desmoid tumours: a search for ‘‘Proton/Carbon therapy, Desmoid” in PubMed yielded only three reports. These include Nagata et al. and Kil et al., plus a report by Seidenssal et al. [17] of 44 radiotherapy cases, including 15 treated with PBT and 1 with carbon ions (with reirradiation). The 3 and 5 years progressionfree survival rates were 72.3% and 58.4% with median follow-up of 32 months and a median dose 54 Gy, but the effects of particle types were not examined [17].

A wait-and-see attitude has been proposed for tumour sites not associated with a significant risk of mortality or functional sequelae. This approach is justified by the numerous cases of spontaneous regression [6, 23]. Due to the unpredictable natural behaviour of the tumour, patients should be under a close observation period and identify predictive factors for the failure of the active surveillance strategy [6]. The final decision to treat or not to treat should be based on the patients’ symptoms, history, and biological properties of the tumours [23].

In our series, the wait and see approach was not considered for the following reasons: treatment of our patients was before the new guidelines, all our patients had recurrent and symptomatic DTs and the doubt of the histological nature in the absence of molecular biology.

Many therapeutic modalities are being studied. The NOTCH signalling pathway interacts with and indirectly regulates the Wnt/APC/ beta-catenin pathway. In a phase I study, a gammasecretase inhibitor that stimulates the NOTCH pathway achieved partial and durable responses in five of seven evaluable desmoid tumours [24].

In the past few years; surgery was the standard primary treatment modality for desmoid tumours; however, in recent years a paradigm shift towards a more conservative management has been introduced and an effort to harmonise the strategy amongst clinicians has been made. In our series this approach was not discussed since the treatment of our patients was delivered before the new consensus, the absence of molecular biology and the awareness of clinicians and patients of the conservative strategy. 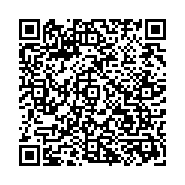 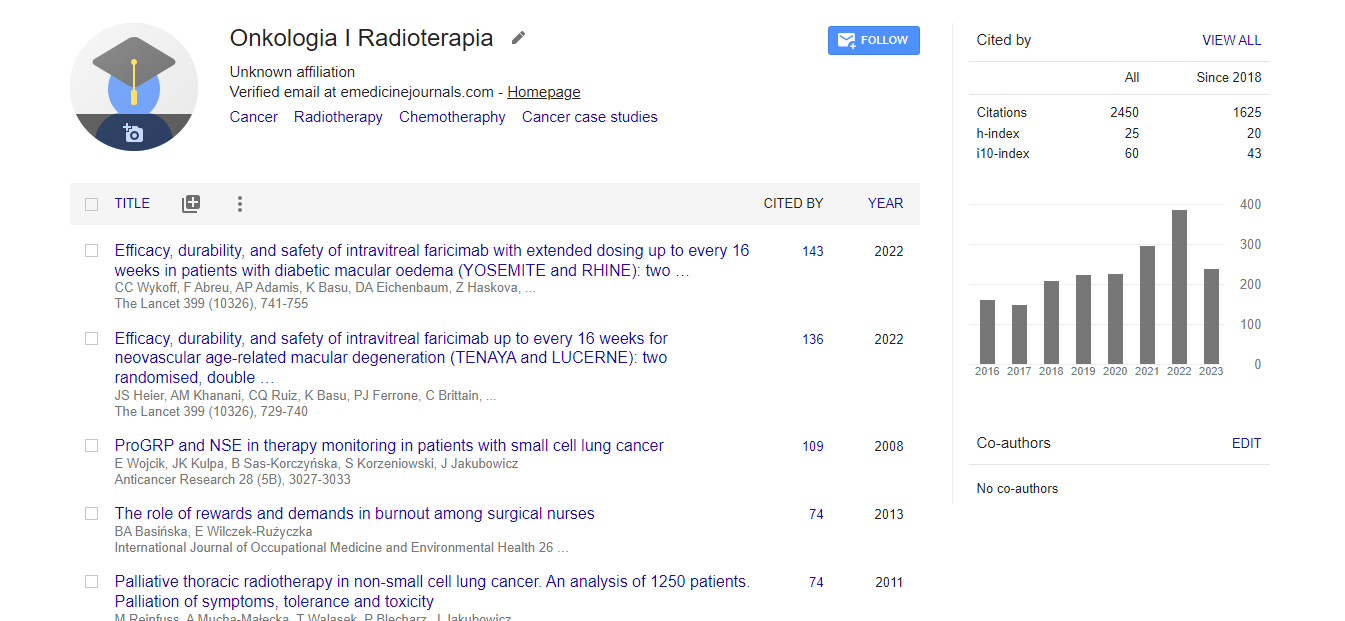